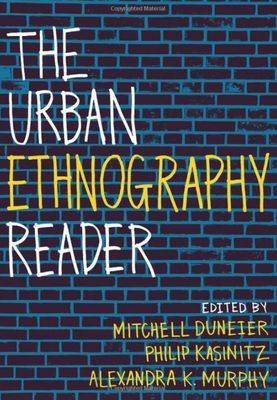 Urban ethnography is the firsthand study of city life by investigators who immerse themselves in the worlds of the people about whom they write. Since its inception in the early twentieth century, this great tradition has helped define how we think about cities and city dwellers. The past few decades have seen an extraordinary revival in the field, as scholars and the public at large grapple with the increasingly complex and pressing issues that affect the ever-changing American city-from poverty to the immigrant experience, the changing nature of social bonds to mass incarceration, hyper-segregation to gentrification.

As both a method of research and a form of literature, urban ethnography has seen a notable and important resurgence. This renewed interest demands a clear and comprehensive understanding of the history and development of the field to which this volume contributes by presenting a selection of past and present contributions to American urban ethnographic writing. Beginning with an original introduction highlighting the origins, practices, and significance of the field, editors Mitchell Duneier, Philip Kasinitz, and Alexandra Murphy guide the reader through the major and fascinating topics on which it has focused -- from the community, public spaces, family, education, work, and recreation, to social policy, and the relationship between ethnographers and their subjects.