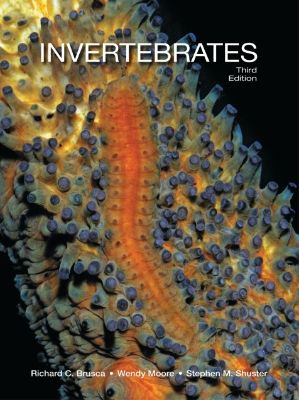 In the twelve years since publication of Invertebrates , Second Edition, fundamental shifts have occurred in our understanding of the origins and evolutionary relationships among protists and animals. These changes are largely due to the explosion of molecular phylogenetics and evo-devo research, emergence of the new field of animal genomics, major fossil discoveries in China, Australia, and elsewhere, and important new embryological and ultrastructural studies.

As a result: - New phyla have been described (e. g. , Micrognathozoa, Xenacoelomorpha). - Old phyla have been collapsed into others (e. g. , Sipuncula and Echiura are now placed within Annelida; acanthocephalans are now known to be highly modified, parasitic rotifers). - Phyla once thought to be deuterostomes are now part of the protostome clade (e. g. , Chaetognatha, Phoronida, Bryozoa, Brachiopoda).

- The Protostomia has been reorganized into two major clades known as Ecdysozoa and Spiralia. For each of the thirty-two currently recognized phyla, Invertebrates , Third Edition, presents detailed classifications, revised taxonomic synopses, updated information on general biology and anatomy, and current phylogenetic hypotheses, organized with boxes and tables, and illustrated with abundant line drawings and new color photos.

The chapters are organized around the "new animal phylogeny," while introductory chapters provide basic background information on the general biology of invertebrates. Two new coauthors have been added to the writing team, and twenty-two additional invertebrate zoologists have contributed to chapter revisions. This benchmark volume on our modern views of invertebrate biology should be in every zoologist's library.

For Instructors Instructor's Resource Library: Available to qualified adopters, the Instructor's Resource Library for Invertebrates , Third Edition, contains an extensive collection of images for use in teaching the course: - Textbook Figures and Tables: All of the textbook's figures and tables are included as both high- and low-resolution JPEGs, for easy use in presentation software, learning management systems, and assessments.