Lýsing:“Thank you. This is absolutely first-class in all respects. The reprinted 1850 poems and...
Rafræn bók. Uppl. sendar á netfangið þitt eftir kaup
1.895 kr. 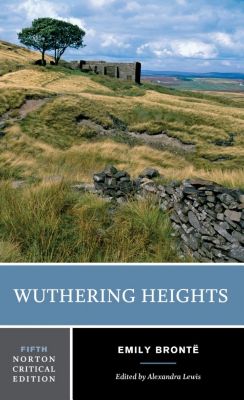 “Thank you. This is absolutely first-class in all respects. The reprinted 1850 poems and the contemporary reviews unveil insights unsuspected by the majority of readers; and the selection of current views and criticism is sensitive and representative. ” —N. S. Asbridge, Central Connecticut State University “A fine new edition at an affordable price. ” —Bernard Duyfhuizen, University of Wisconsin–Eau Claire This Norton Critical Edition includes: • The first edition of the novel (1847), accompanied by a new preface and revised explanatory footnotes.

• Twenty-one of Emily’s poems, including the eighteen selected for publication by Charlotte with the 1850 edition and a further three poems new to this Fifth Norton Critical Edition. • Thirteen reviews of both the 1847 and 1850 editions of the novel. • Five major critical assessments of Wuthering Heights, three of them new to the Fifth Edition. • A revised chronology and a selected bibliography. About the Series Read by more than 12 million students over fifty-five years, Norton Critical Editions set the standard for apparatus that is right for undergraduate readers.