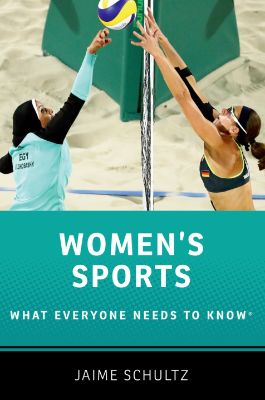 Although girls and women account for approximately 40 percent of all athletes in the United States, they receive only 4 percent of the total sport media coverage. SportsCenter , ESPN's flagship program, dedicates less than 2 percent of its airtime to women. Local news networks devote less than 5 percent of their programming to women's sports. Excluding Sports Illustrated 's annual "Swimsuit Issue," women appear on just 4.

9 percent of the magazine's covers. Media is a powerful indication of the culture surrounding sport in the United States. Why are women underrepresented in sports media? Sports Illustrated journalist Andy Benoit infamously remarked that women's sports "are not worth watching. " Although he later apologized, Benoit's comment points to more general lack of awareness. Consider, for example, the confusion surrounding Title IX, the U.

S. Law that prohibits sex discrimination in any educational program that receives federal financial assistance. Is Title IX to blame when administrators drop men's athletic programs? Is it lack of interest or lack of opportunity that causes girls and women to participate in sport at lower rates than boys and men? In Women's Sports: What Everyone Needs to Know ®, Jaime Schultz tackles these questions, along with many others, to upend the misunderstandings that plague women's sports.

Using historical, contemporary, scholarly, and popular sources, Schultz traces the progress and pitfalls of women's involvement in sport. In the signature question-and-answer format of the What Everyone Needs to Know® series, this short and accessible book clarifies misconceptions that dog women's athletics and offers much needed context and history to illuminate the struggles and inequalities sportswomen continue to face.