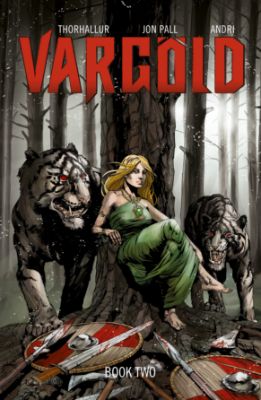 Odinn creates the fate of men and he’s not always a gentle god, or fair. Driven by sorrow and parched for blood, Vikar and his men seek vengeance upon those who took away everything they had. But they are only pawns in the gods’ cruel game.

Vargöld is a graphic novel that tells the story of Nordic mythology from the creation of the worlds until their violent end.