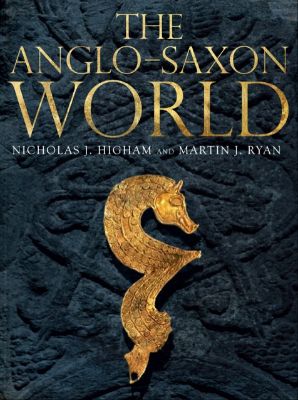 The Anglo-Saxon period, stretching from the fifth to the late eleventh century, begins with the Roman retreat from the Western world and ends with the Norman takeover of England. Between these epochal events, many of the contours and patterns of English life that would endure for the next millennium were shaped. In this authoritative work, N. J. Higham and M. J. Ryan reexamine Anglo-Saxon England in the light of new research in disciplines as wide ranging as historical genetics, paleobotany, archaeology, literary studies, art history, and numismatics.

The result is the definitive introduction to the Anglo-Saxon world, enhanced with a rich array of photographs, maps, genealogies, and other illustrations.   The Anglo-Saxon period witnessed the birth of the English people, the establishment of Christianity, and the development of the English language. With an extraordinary cast of characters (Alfred the Great, the Venerable Bede, King Cnut), a long list of artistic and cultural achievements (Beowulf, the Sutton Hoo ship-burial finds, the Bayeux Tapestry), and multiple dramatic events (the Viking invasions, the Battle of Hastings), the Anglo-Saxon era lays legitimate claim to having been one of the most important in Western history.