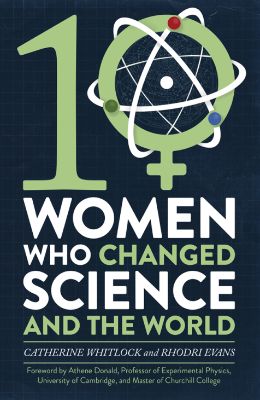 'These minibiographies of women who persisted will move anyone with an avid curiosity about the world. ' Publishers Weekly With a foreword by Athene Donald, Professor of Experimental Physics, University of Cambridge and Master of Churchill College. Ten Women Who Changed Science tells the moving stories of the physicists, biologists, chemists, astronomers and doctors who helped to shape our world with their extraordinary breakthroughs and inventions, and outlines their remarkable achievements.

These scientists overcame significant obstacles, often simply because they were women. Their science and their lives were driven by personal tragedies and shaped by seismic world events. What drove these remarkable women to cure previously incurable diseases, disprove existing theories or discover new sources of energy? Some were rewarded with the Nobel Prize for their pioneering achievements -Madame Curie, twice - others were not and, even if they had been, many are still not the household names they should be.