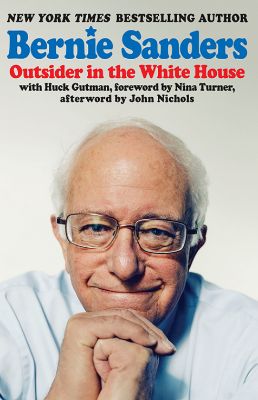 In this book, Senator Bernie Sanders explains where he comes from. He describes in detail how, after cutting his teeth in the Civil Rights movement, Sanders helped build an extraordinary grassroots political movement in Vermont, making it possible for him to become the first independent elected to the U. S. House of Representatives in forty years and now the longest-serving independent in U. S. political history.

An extensive afterword by The Nation’s National Affairs correspondent John Nichols continues the story with Sanders’s entrance into the Senate, the drama of the 2016 Democratic Primary, his ongoing resistance to Trump, and the thrilling launch of his 2020 bid for the White House. A new foreword by Nina Turner, former president of Our Revolution and co-chair of the Sanders for President campaign, provides a rare glimpse of Bernie as a person.