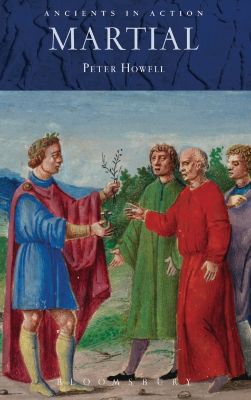 Martial (Marcus Valerius Martialis) was a Spanish writer who lived in Rome in the second half of the first century AD. He wrote only in the genre of epigram, invented by the Greeks, which he chose because of his dislike of all that was pretentious and escapist in contemporary literature, where stale mythological topics were regarded as both 'elevated' and, in times of political danger, safe. His own boundless interest in the life he saw around him in Rome, and his sense of humour, led him to prefer to express himself in short and highly polished poems.

He brought the genre to such a pitch of perfection that his work has defined it for subsequent authors. Although only a limited number of his own epigrams conform to the dictionary definition as 'a short poem ending in a witty turn of thought', their effectiveness has shaped this definition. This book tells what we know about the man's commonsense attitude to life, and his hatred of hypocrisy and malice.