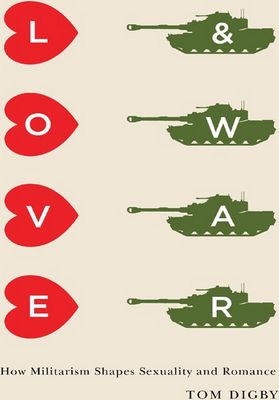 Ideas of masculinity and femininity become sharply defined in war-reliant societies, resulting in a presumed enmity between men and women. This so-called "battle of the sexes" is intensified by the use of misogyny to encourage men and boys to conform to the demands of masculinity. These are among Tom Digby's fascinating insights shared in Love and War, which describes the making and manipulation of gender in militaristic societies and the sweeping consequences for men and women in their personal, romantic, sexual, and professional lives.

Drawing on cross-cultural comparisons and examples from popular media, including sports culture, the rise of "gonzo" and "bangbus" pornography, and "internet trolls," Digby describes how the hatred of women and the suppression of empathy are used to define masculinity, thereby undermining relations between women and men—sometimes even to the extent of violence. Employing diverse philosophical methodologies, he identifies the cultural elements that contribute to heterosexual antagonism, such as an enduring faith in male force to solve problems, the glorification of violent men who suppress caring emotions, the devaluation of men's physical and emotional lives, an imaginary gender binary, male privilege premised on the subordination of women, and the use of misogyny to encourage masculine behavior.