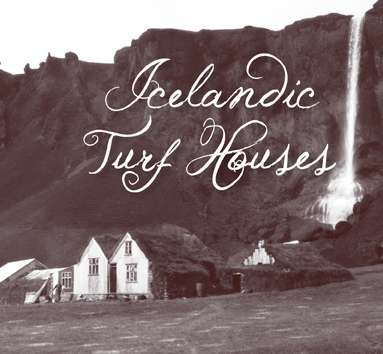 Within the turf-and-rock walls was a wooden framework. Over roofing timbers a layer of twigs and heather was laid, then covered with turf. The gable end was generally a wooden wall with door and windows. Driftwood was the principal source of building timber in Iceland over the centuries, as imported wood was very expensive. After the Danish royal trade monopoly was lifted in 1787, more timber was imported.

While the turf homes of the wealthy were large and lofty, with interior wooden panelling and wooden floors, peasant farmers lived in smaller, simpler homes, often with an earth floor. All turf homes included a baðstofa (communal living/sleeping loft), open-hearth kitchen, pantry and barn, and wealthier homes might also boast a separate room for the farmer and his wife, and a parlour for visitors. Turf homes had few windows. Glass being costly or unobtainable, windows were often covered with a translucent membrane to allow light in.

From the settlement of Iceland around 900 AD until the early 20th century, Icelanders lived in turf houses. With the introduction of wooden and then concrete buildings, by the middle of the century few turf buildings remained in use. Today only a handful of turf houses and churches are left, in the keeping of the National Museum Historic Buildings Collection. Most of these historic buildings represent the last form of the turf house, the 19th-century gabled farmhouse with a row of forward-facing wooden gables.