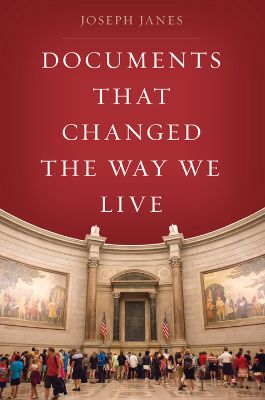 Documents are milestones and markers of human activity, part of who and what we are. Our story can be told through the objects, profound and trivial, famous and forgotten, by which we remember and are remembered. Documents That Changed the Way We Live examines dozens of compelling stories that describe these documents; their creation, motivation, influence, importance, historical and social context, provenance; and their connections to contemporary information objects, technologies, and trends.

These documents include the following: “Exaltation of Innana,” a Sumerian hymn composed c. 2300 BCE by the high priestess Enheduanna, likely the first known author…of anything The “We Can Do It!” poster everybody knows is Rosie the Riveter calling women to work in the factories in World War II. Except it’s not, and she isn’t Joseph McCarthy’s “list” of Communists that ruined lives and careers, because it was believed - even though it never existed The “He has waged cruel war…” passage on slavery, deleted from the Declaration of Independence The poorly designed Palm Beach County “butterfly ballot,” on which the 2000 U.