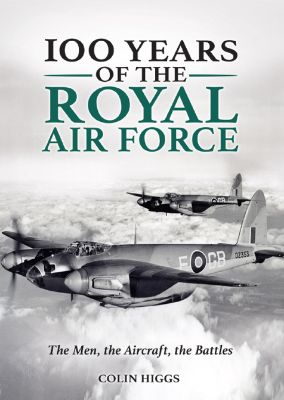 The Royal Air Force has been central to the evolution of air power for 100 years. It is also the oldest independent air force in the world with origins that take it back to the earliest days of flight. Formed in 1918 while the outcome of the First World War was still in doubt the Royal Air Force has played a vital part in the defence of Britain and her allies for a century. 100 Years of the Royal Air Force is a fast-paced and authoritative account of the history, the aeroplanes, the technology and the people who have flown and fought for the service and it is illustrated with more than 150 great images from a wide variety of sources.

It tells of the early days when the RAF was formed from the merger of the RFC and the RNAS; the fight to stay independent in the inter-war years; the vitally important battles fought during the Second World War - the Battle of Britain, the bomber campaign, Coastal Command s fight to maintain Britain s sealanes and the tireless work of Transport Command. The coming of jet aircraft revolutionised the work of the RAF as did the advent of flight refuelling, the missile and many other key inventions.